The History of Concrete and How it Has Evolved 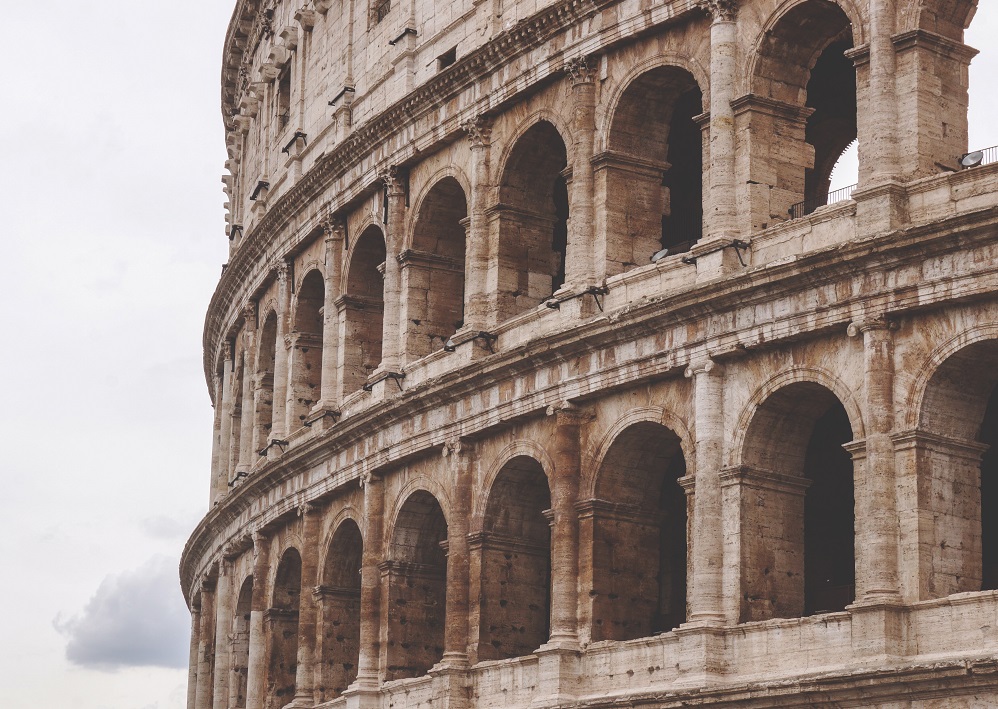 Concrete is a staple in the construction industry, thanks to its strength and durability. But did you know that concrete has a long and rich history dating back to 3,000 BC? Early forms of the material were used to build world-famous Roman structures and, to our knowledge, Egyptian Pyramids. Its history is quite remarkable and may surprise you.

In this article, we map the evolution of concrete, from its ancient Roman and Egyptian roots and how it came full circle to modern day uses and its future.

Concrete was born of cement, two distinctly different materials. Concrete’s invention was made possible by the development of cement. To trace the history of cement, it is necessary to trace the use of its components.

The connection between Rome and concrete is very strong. The name “concrete” is derived from the Latin term “concretus”, meaning “to grow together”. The romans, however, did not refer to their concrete as “concretus”. They called their concrete “caementis”, meaning “rocky stuff”, which is credited with giving us the word “cement”

Ancient Romans fabricated concrete in much of the same way we do today. Cement was mixed with kilned limestone and water. Volcanic pozzolana, ground-up rocks and sand. This mixture was then poured into molds made of wood to create smooth, sturdy pieces of concrete.

Around 3,000 BC, ancient Egyptians used mud mixed with straw to form bricks. They also used gypsum and lime mortars in building the pyramids.

In order to understand the full extent of its use in ancient times, let’s explore in detail, the specific areas in which we know the material was used.

For their grander structures as well as land-based infrastructure which required more durability, cement was made from a naturally reactive volcanic sand. Marine structures and those exposed to fresh water, such as bridges, docks, storm drains and aqueducts were built with a volcanic sand. This represented the first large-scale use of a true binding agent.

Egyptians use of gypsum and lime mortars date back to approximately 3,000 BC. The Great Pyramid at Giza required approximately 500,000 tons of mortar, which was used as a bedding material for casing stones which formed the visible surface of the finished pyramid, allowing stone masons to carve and set casting stones with joints open no wider than 1/50 inch.

Northern Chinese used a form of cement in boat-building and in building the Great Wall of China. The material used in ancient Chinese structures has been confirmed as glutenous, sticky rice. These structures have withstood the test of time and have even resisted modern efforts at demolition.

The Rediscovery of Concrete during the Renaissance

Concrete’s use declined significantly and did not make a comeback for approximately 1000 years after Europe went through the Dark Ages. Roman texts were not rediscovered until the Renaissance. An Italian friar named Giovanni Giocondo was able to crack the code of which material was used to build these structures. The result was a chain reaction which led to the creation of modern-day cement.

The industrial Revolution was a period of rapid social and technological change that shaped the world we live in today. A period of great innovation, some of the items we see today were directly born from this period in time.

Joseph Aspdin, a bricklayer turned builder, devised and patented a chemical process for making Portland Cement in 1824. This invention has been one of the most important of all time for the construction industry.

Read More: How Sustainable is Concrete?

Read More: What Is Permeable Concrete and What Makes It A Green Choice?

Notable Landmarks Made with Concrete

The list of notable landmarks constructed from concrete is significant. Here, we explore well-known structures and their historical use of concrete.

The Great Wall of China

100 million tonnes of stone, brick and soil, transported and assembled by soldiers, peasants, prisoners and animals, using basic rope, wood and basket systems on terrain such as desert to steep mountain ridges. A key ingredient used in The Great Wall of China’s mortar is glutenous sticky rice.

Built by Rome’s Emperor Hadrian and completed in 125 AD, The Pantheon has the largest un-reinforced concrete dome ever built. Its peak, which is 142 feet above the floor, was built in place, starting above the outside walls and building up increasingly thin layers while working towards the centre.

After pouring approximately 3,250,000 yards of concrete with an additional 1,100,000 yards used in the power plant and other structures, the Hoover Dam was completed in 1935. This was completed less than 20 years after a standard formula for cement was established.

Listed as a masterpiece of human creative genius, the Sydney Opera House is a pioneering example of the use of concrete in 20th century architecture. The building’s exposed structural concrete has been subjected to nature’s elements for more than 50 years, with the concrete remaining in very good condition to this day.

Concrete is one of the world’s most commonly used man-made materials. Having been used for centuries by ancient Romans and Egyptians and having to be reinvented once again, centuries later, only then did we become fascinated with its durability and strength. Humans consume more cement, concrete’s key ingredient, than water, by volume.

Read More: How Concrete Gets Recycled

The Future of Concrete

Because it takes so much energy to produce, chemists and engineers are working to find a strong and durable substitute. To do so, they are exploring the re-creation of Roman cement to adding eco-friendly blocks made of earth and recycled concrete.

A Fascinating History and Promising Future

Versatile, long-lasting and durable, concrete is a cost-effective and sustainable material which clearly stands the test of time. The future of concrete looks very promising, with further eco-friendly engineering improvements being worked on by the world’s top engineers today. Improvements which are being studied directly from its Roman roots and could benefit us, in today’s modern world.