The Most Impressive Building Material in the World: 6 Fascinating Facts About Concrete 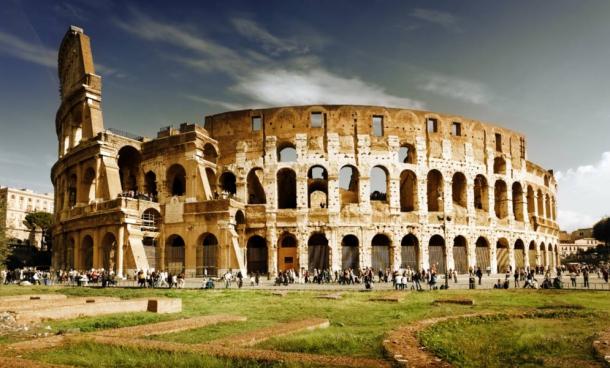 What do the Pantheon in Rome, The Giza Pyramids in Egypt and a 12 million year-old rock in Isreal have in common? Concrete. Yes concrete is that hard, grey building material so ubiquitous today that we completely take it for granted. But concrete has a surprisingly fascinating story. Read on to learn more about the most widely-used building material in the world.

Concrete is commonly thought of as a modern building material. When we think of concrete in Ottawa we think of bridges, highways and skyscrapers. However, it may surprise you to know that some of the oldest structures in existence are made of a variation of concrete. In ancient Egypt, the concrete was used as infill during the construction of the Pyramids.

Romans used concrete to build the Pantheon and discovered it could set under water, providing supports for bridges. Today’s ready mix concrete harkens back to techniques used by the Romans up until the fall of the empire.

It exists in nature

It may not be the exact concrete Ottawa uses in its homes, buildings and roads today, but concrete has been found naturally occurring in a deposit over 12 million years old. This massive natural deposit found in Israel in the 1960’s is the result of oil shale naturally combusting near limestone.

The recipe was forgotten for over 1000 years

The Romans perfected the use of concrete in construction but when the Roman Empire was defeated in the fifth century, the formula for concrete was forgotten. It wasn’t until the 1800’s that concrete came back into use when Joseph Aspdin patented Portland cement, the forefather to the ready mix concrete of today.

It’s the most used material in the world

Over 2 billion tonnes of concrete is produced in a year, making it the most used material in existence today, in terms of volume. It’s not surprising considering concrete is used (literally) as the foundation of our cities, homes and communities. That’s why it’s a good thing…

Ready mix concrete is basically artificially manufactured stone. In denser forms it can stand up to as much as 20,000 psi of pressure, though the most common form of concrete found in Ottawa can withstand 3,000 – 5,000 psi when reinforced. To get an idea of the strength and durability of concrete, just look to Hadrian’s Wall or the Pantheon, 2,000 year old concrete structures still standing today.

Thomas Edison loved to experiment with concrete, and was one of the first in modern history to foresee concrete as the building material of the future. He held 49 concrete patents and built precast concrete houses. He even created furniture, pianos and refrigerators out of the stuff and would undoubtedly be the first to tell you how great that drab grey stuff is that’s all around us today.