Everything You Need to Know About the Concrete Maturity Curve 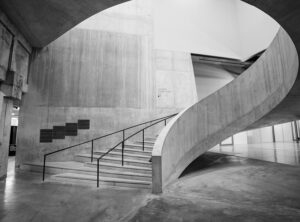 Concrete needs to be strong without fail. Since it’s used for homes, roads, and massive structures, we simply can’t afford for concrete to be weak. Fortunately, there are ways to monitor the anticipated strength of concrete, and concrete maturity is a favoured method among construction professionals.

Concrete maturity considers temperature, moisture and time with an ultimate goal of measuring strength. It is represented by a curve, and is used to determine how far along your concrete is in the curing process.

Read below to learn more about the concrete maturity curve, including how to calculate it and why it matters.

Below, we’ll explain concrete maturity, but first, we’re going to explain when the concept comes into play: the curing process.

Curing is an important part of concrete development. It involves maintaining both the amount of moisture and its temperature within concrete.

Some of the problems you may notice during curing include:

Think of the ingredients that go into concrete – water, cement, and an aggregate – and consider how they interact. Water helps the other ingredients set and harden, but what if you added too much water? The concrete would become weak and porous, as there would be too much space in between its particles. That’s one example of why curing is important.

READ MORE: Types of Cracks in Concrete and What They Mean

Concrete maturity is an index that measures how far along the curing process your concrete is. Maturity considers temperature, time, and strength.

The concept of concrete maturity is deeply important to construction professionals: you might even call it a life-saver. That’s because maturity was brought into the limelight as a solution following a few tragic construction accidents in the 1970s.

Specifically, cold weather had caused concrete to fail to harden, leading to the deaths of dozens of people. Following the tragedy, construction pros realized that concrete maturity was worth considering. Now, it’s used all the time in concrete development.

Why Does it Matter?

Simply put, concrete will not be strong if its maturity is not considered during development — especially during the early stages.

We’ve explained that too much moisture can leave concrete weak, though temperature is another important factor.

High temperatures are a problem because they leave cement dehydrated. Meanwhile, low temperatures slow down the production process, causing the concrete’s chemicals to fail to react, ultimately creating a weak product.

READ MORE: The Important of Sealing and Finishing Concrete

How is Concrete Maturity Measured?

At any given time during the curing process, you can measure concrete maturity with the following formula:

∑ is a summation symbol. Learn more about how to use summation here.

What is the Concrete Maturity Curve?

On its own, concrete maturity can measure concrete’s strength at a specific moment within the curing process. However, to ensure that concrete is on the right path, you should measure maturity at regular intervals over time. When combined and graphed, these measurements create the concrete maturity curve.

Typically, these graphs will show time in the x-axis and maturity in the y-axis. You can view the progress of the concrete’s maturity by thinking of the graph as a timeline from left to right, and the curve shows your concrete’s progress.

How to Use the Concrete Maturity Curve

The curve is ultimately a tracking tool that you’ll want to monitor throughout the curing of your concrete. We recommend using these supplies to track your maturity curve:

To start, you will need to track the internal temperature of your concrete. Then, perform the calculation we described earlier to find the maturity. Remember, it looks like this:

In most cases, it takes about 28 days for concrete to complete the curing process. Most of the process will finish over the span of one week, but don’t let that fool you into your rushing your project. You need to make sure that your concrete has fully matured before you can consider your project completed.

READ MORE: What You Need to Know About Concrete Setting

Curing is an important step in developing concrete, and it needs to be performed properly in order to end up with strong concrete. That means that temperature and moisture should be carefully considered.

Learning how to measure concrete maturity is an incredibly useful act, and you should consider it if you regularly work on projects involving concrete.